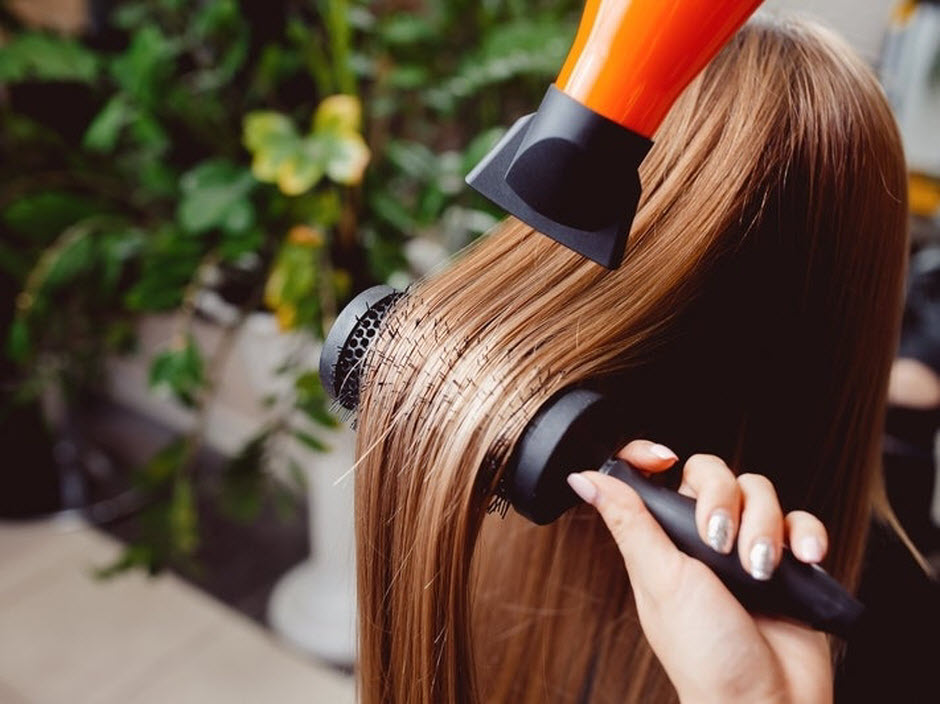 HBAR Salon & Spa is set to open, adding to the roster of new businesses to pop up in the Harbor Point area of the city.

STAMFORD, CT — As he readies for a ribbon cutting ceremony scheduled to be held at his new salon next month, owner Antonio Rende is ecstatic to be back home. Throughout his career, Rende has worked at high-end salons in New York and Washington, however the opening of HBAR Salon & Spa will be a sort of homecoming for him. “I was born and raised in Stamford,” Rende said. “To think that I started off as an assistant at a hair salon in Stamford, then worked in Seattle and Manhattan, just to come back to the place that I call home is a really big deal for me.”

Located at 140 Washington Boulevard in the city’s Harbor Point area, the ribbon cutting ceremony will be held at the salon on Nov. 6 to mark its first week of operation. As the opening draws closer, Rende said he is ecstatic his salon is finally ready to be unveiled, even though it is nearly half a year later than he had originally planned. According to Rende, he initially aimed to open HBAR early in the summer, but it is now scheduled to open its doors Nov. 1, due in large part to the coronavirus crisis. “I actually signed my lease on March 6,” Rende said.

As things began to shut down across the state that month, Rende initially had trouble getting construction of the salon going. “We had a little bit of a gap in signing the lease and starting construction,” Rende said, “but luckily my whole plan for the salon was for it to be super luxurious and comfortable for everybody getting service done, so it already met the requirements for social distancing…that’s how it was designed to begin with, so we didn’t really have to change anything for that.” Following that gap in time, construction ultimately began moving along smoothly. The end result will be the addition of another unique new business to the popular Harbor Point area, located in the south end of Stamford, which has seen a steady stream of additions during a year in which many businesses have been forced to shut their doors.

According to Stamford Economic Development Director Thomas Madden, apartments in the city’s South End are running at 97% occupancy and new apartments are on the way, creating an environment where small businesses can succeed. New businesses that have recently opened in this area of the city include Third Place by Half Full Brewery, PROOF Coffee Roasters and Lock City Brewery, the latter of which is currently under construction, Madden said. “We have seen numerous business opening during these tiring times of the pandemic here in Stamford,” Madden said. “The personal service market in Stamford continues to remain strong as a result of the increased population of the city. HBAR has a great location to serve the growing need that is found in the South End. The key to seeing the growing number of businesses is the fact that Stamford is seeing population density that allow storefront retail and personal services to succeed.”

For Rende, the area offers two big benefits, the first of which is its proximity to the city’s transportation center. “A lot of my clients come up from New York City,” Rende said, “so being so close to the train station is great.” The second big selling point for the new salon owner is the diversity of businesses in the area. “It’s nice to have a place that’s residential, but also where you can walk the entire neighborhood and have ten different stores but not all of them be the same thing,” Rende said. “I’ve worked in places where, standing at the front door, you can see four other hair salons. It’s nice to have every storefront be a different retail space for you to choose from.” He also noted the beauty of the area and its “cohesive flow” as positive factors.

Stamford Chamber of Commerce president Heather Cavanagh agreed the Harbor Point area has become “a desired community to live, work and play” over the years. “Being located immediately south of the train station, Stamford Downtown and the I-95 corridor,” Cavanagh said, “[Harbor Point] is a great place to relocate your business, find a home, have a fun night out or just enjoy the waterfront views nestled on over 100 acres along the Stamford waterfront.” Cavanagh pointed out the area’s four marinas make Harbor Point a preferred boating destination, with trendy restaurants and retail services all located within walking distance.

Residents and visitors can also enjoy free trolleys that connect the waterfront to the city’s bustling downtown area, Cavanagh said. “It’s easy to see how Harbor Point has become a premiere community,” Cavanagh said, “with luxury waterfront living and the convenience to walk to restaurants, parks and retail service providers.” She also noted HBAR promises to “provide hair, beauty and wellness services” to the those living in Harbor Point and surrounding areas.

Another aspect of the salon Rende hopes will pull in guests is its large, yet still intimate, footprint. “We have all of the services of a really big place, but we’re only 2,000 square feet,” Rende said, “so it’s a little more intimate.” The salon offers hair, skin, nail and massage services, each of which has its own area. “That way,” Rende said, “you can go through the salon and hit each department and feel secluded and separate and comfortable, but then also not be too far away if you are with somebody receiving a different service.” According to Rende, each chair takes up about six square-feet of space, creating an ideal situation for social distancing. “I want it to feel more personal,” Rende said. “I don’t want it to feel like you’re on top of any other guests, and I want you to feel like we are primarily focusing on you. That’s why there is such a big space for each individual person.”

Though there were times he feared the space might be too large, Rende is happy to finally be at the finish line of the process as he prepares to finally open the doors to customers. “I can’t even begin to express how excited I am,” Rende said. “I am so excited to just be able to see my vision from beginning to end finally coming to fruition.”

Further information on HBAR’s services can be found on the salon’s website.